The size of population and its structure represent critical medium to long term influences on travel and consumer behaviour in general.  Consumer demand and the supply of labour flow from the demographic structure of a country:

For some countries, many in Europe and countries such as Japan, the population will decline as it ages which will exacerbate the problems of public service provision.

The charts below show the contrasting demographic structures in different countries.  They are based on the United Nations’ World Population Prospects: The 2008 Revision. The first chart shows the population and age structure of Japan, the second the UN’s region ‘Western Asia’ which includes countries such as Iraq, Israel, Jordan, United Arab Emirates, Saudi Arabia and Turkey.

These developments are significant from a travel viewpoint because of a higher propensity to travel (particularly for business) amongst the working population.  In addition the group with the fastest growth in developed countries is women in the 25 to 44 years age group. 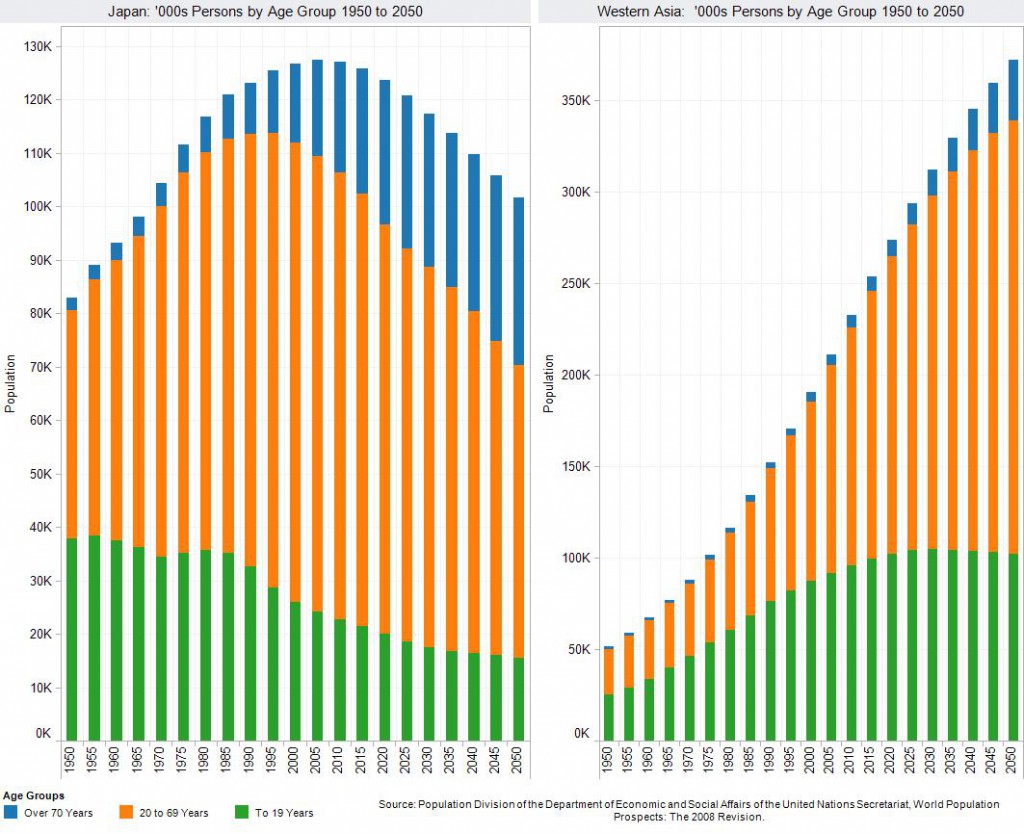